The idea of the perfect urban form contrasted with the unfinished architectural spaces of a city and its parts is investigated and applied here in an emblematic if not unique case in the panorama of foundation cities, as desired and idealized by the Venetians with the foundation in 1593 of the city-fortress of Palmanova.
Thanks to the historical, cultural and figurative significance that Palmanova still bears today, the research approached the old city in a particular way by dealing with the circumstance of the contemporary project which, in the case of cities founded for military purposes, is even more momentous in seeking to carry out interventions linked to restoration and repurposing. And indeed, in the case of Palmanova, the military buildings positioned near the internal and external edges of the city as genuine urban backdrops highlight its monumental character, evoking an image of old “Palma” through their architecture.
Within the general framework of Palmanova’s place among Renaissance cities, the ideal city concept constitutes a surprising key to interpret observation of the architectural phenomena created in it over time or still to be accomplished through an operation of reinvention. Hence the reference to some analogous case studies, like the theme of completion, indeed, the fulfilment of the urban design within the city – the six piazzas of the sestieri, for example, never realized architecturally – has allowed an exploration of the unique nature of Palmanova’s urban space, still suspended today between its present and the memory of its past life, between a slow and inevitable neglect of some of its parts and a possible new life for the city as a whole. 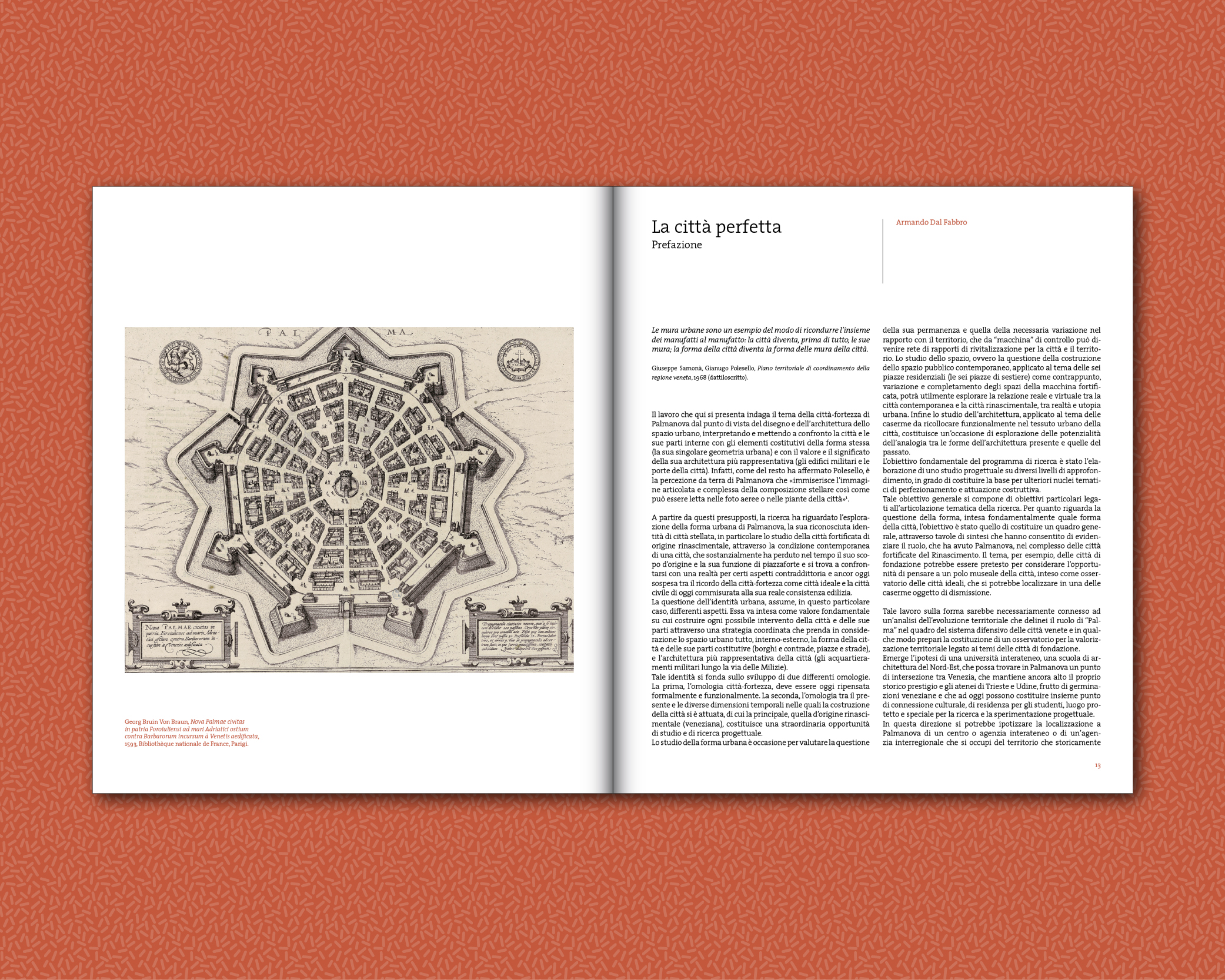 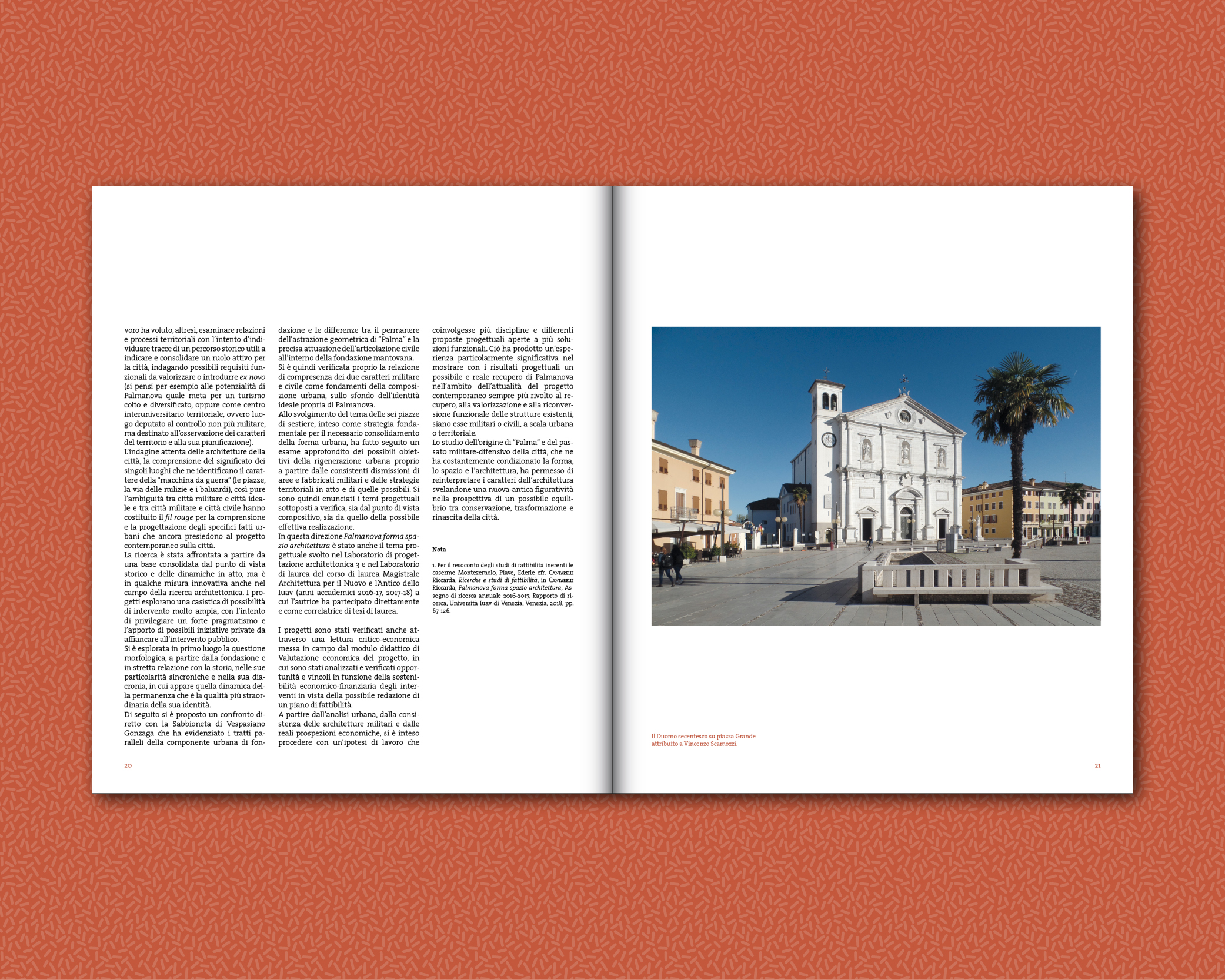 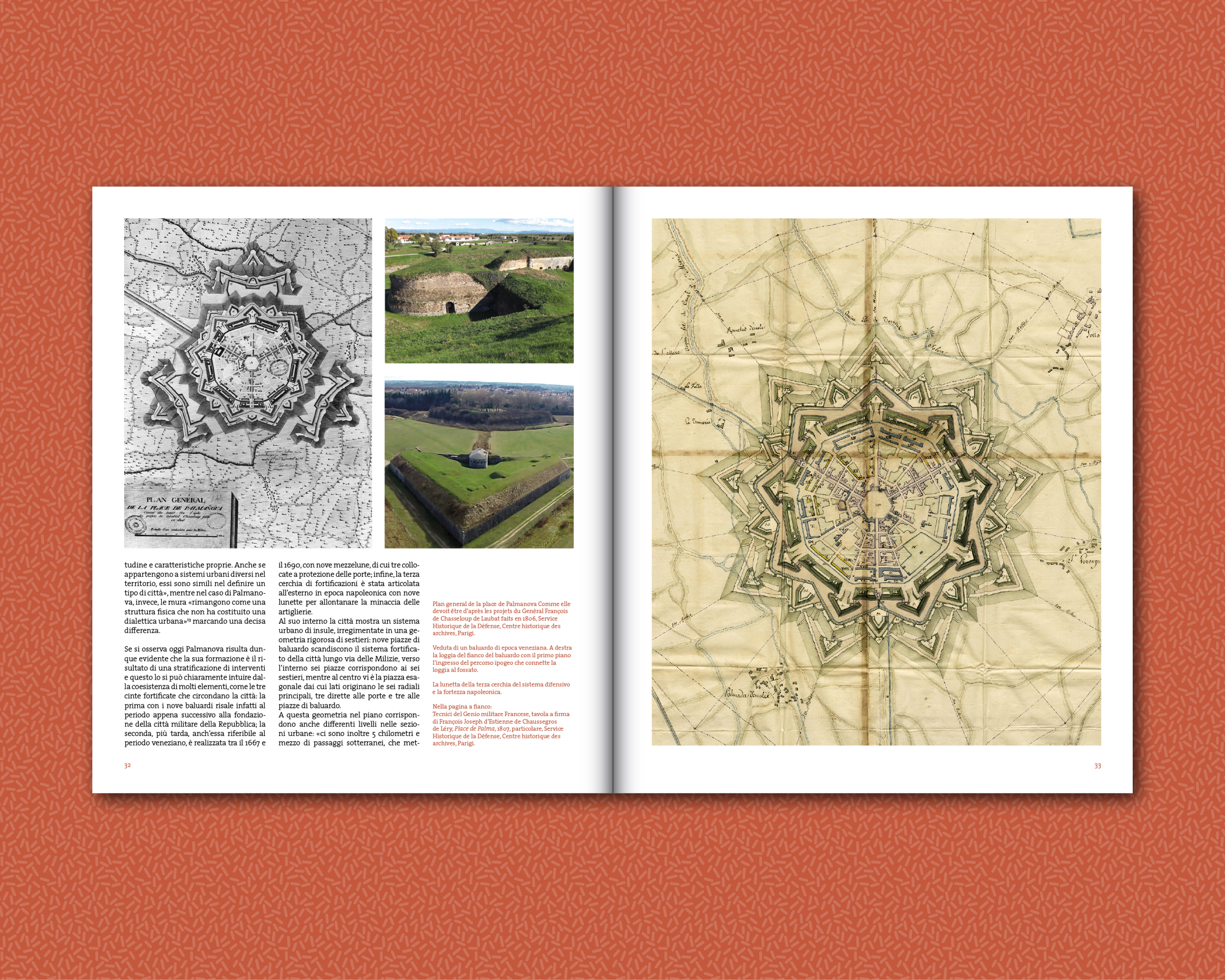 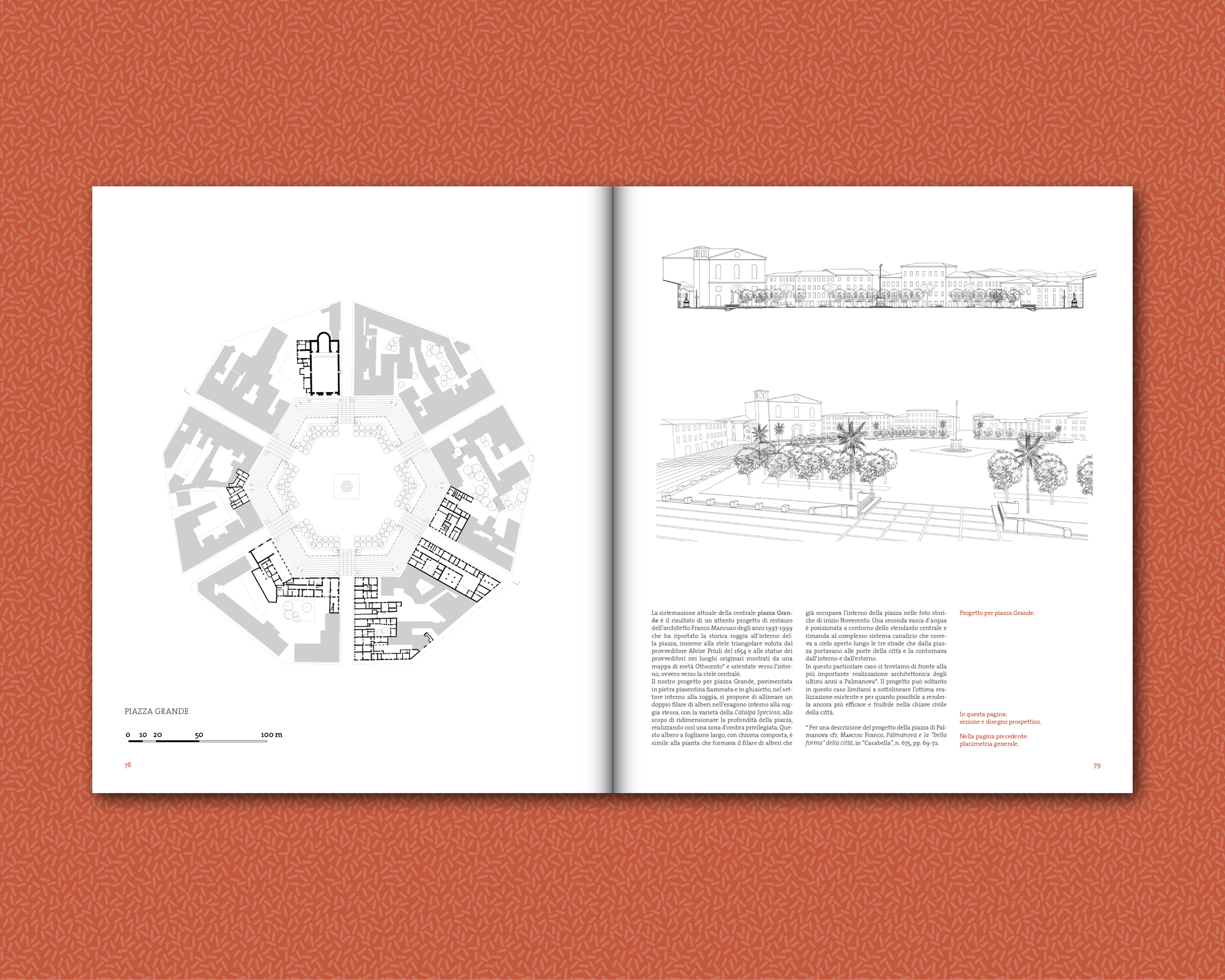 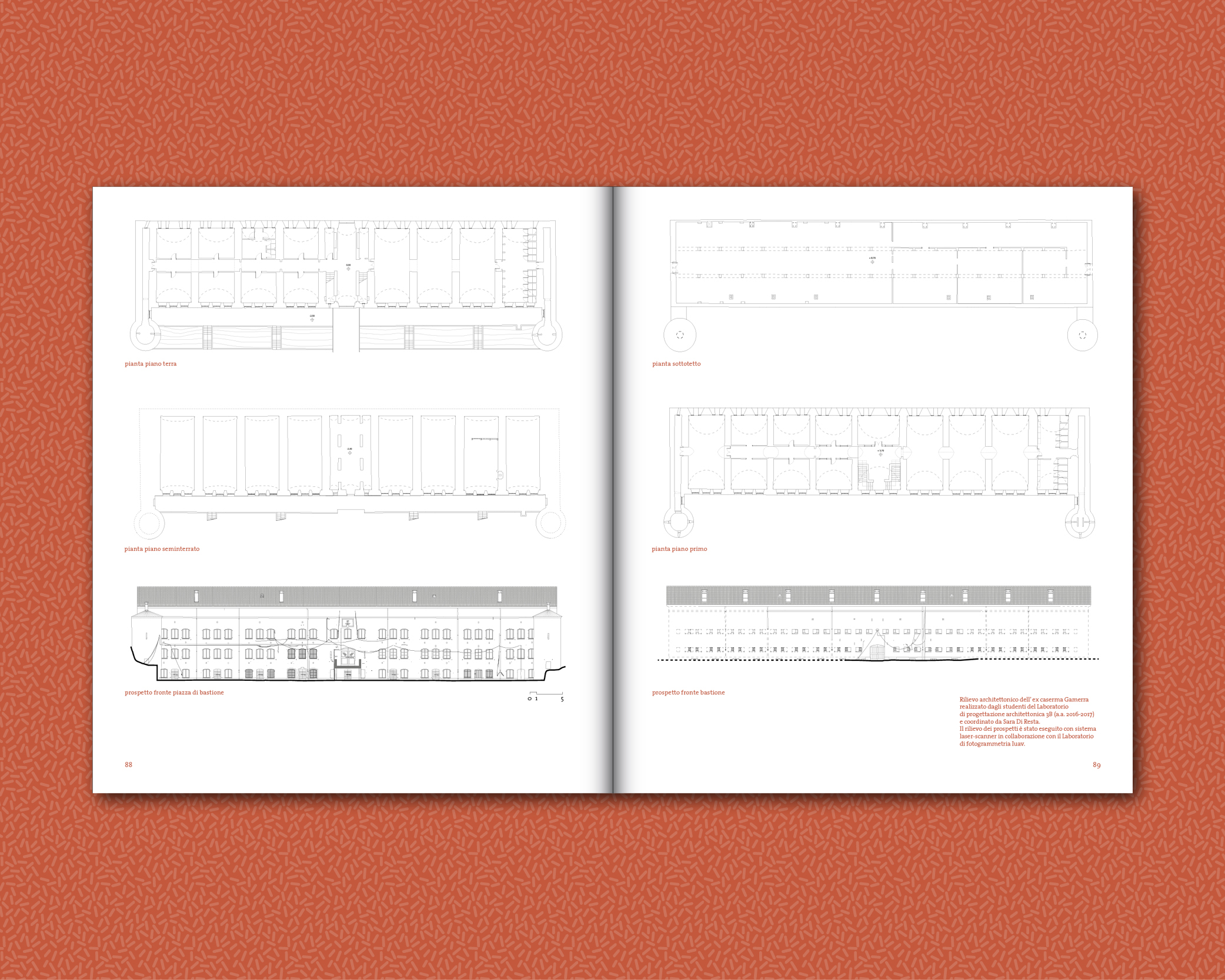 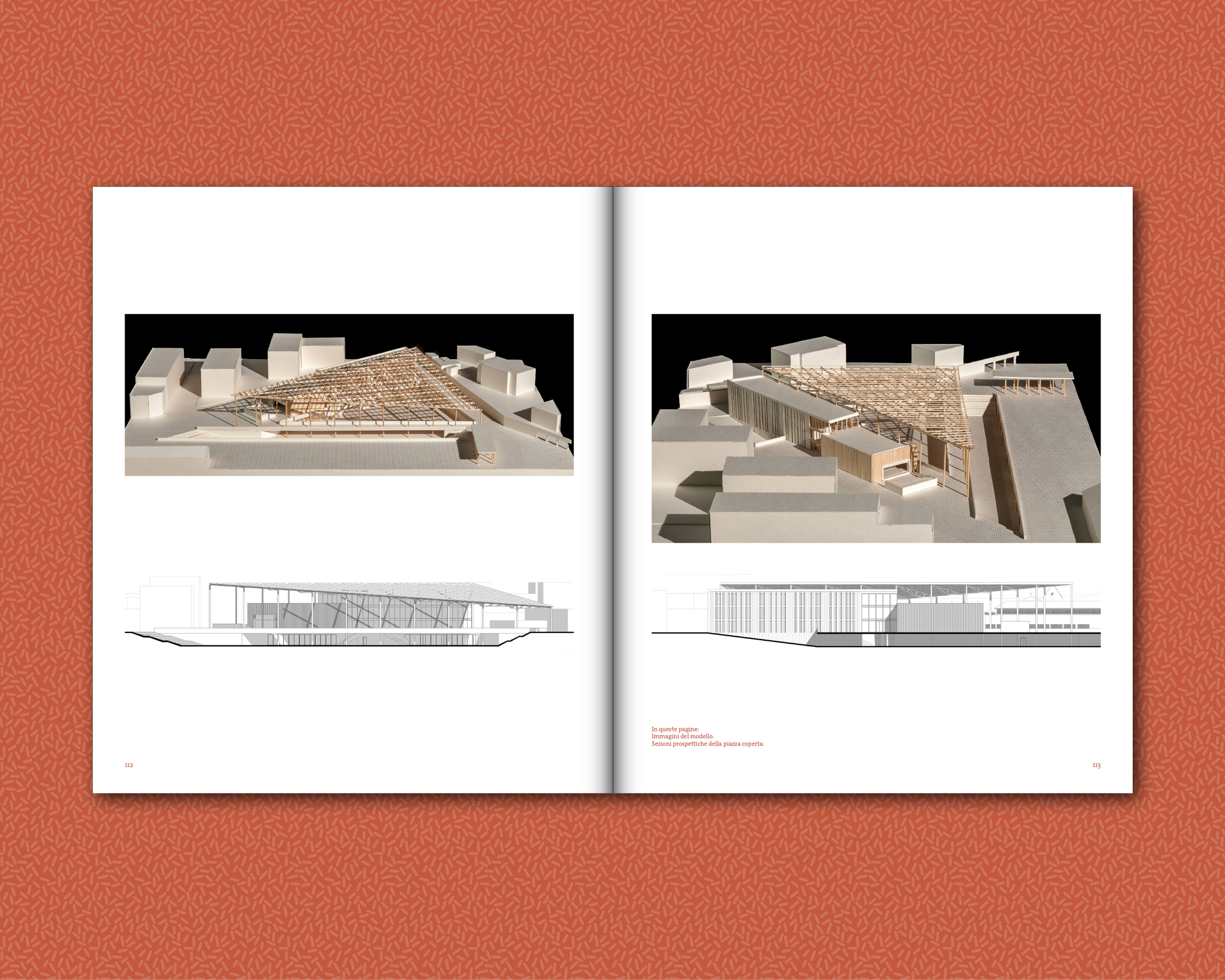